Powerhaus is a club in Islington, London. Boards of Canada played a show here in support of Seefeel on 31 October, 1999. 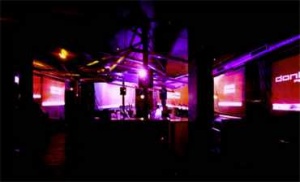 Blech night at the Powerhaus

Blech was the name of a monthly club night run by Warp Records.

The first Blech night was established in Sheffield in May 1996. A second Blech night in New York in January 1997. Warp brought a third Blech night to London in October 1997.

They appear to have ended by September 1998.