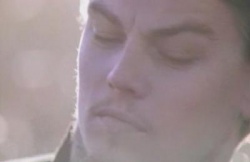 "Quiet" is a 2000 advertisement for Telecom Italia directed by Chris Cunningham. It starred actor Leonardo DiCaprio and featured unreleased music by Boards of Canada.

This is one of three known ads featuring the music of Boards of Canada. Commenting on the ad, Boards of Canada explained that they did the ad out of respect for Chris Cunningham. "We actually gave him Chris Cunningham an hour and a half's worth of music, of which he used one 20 second fragment. He was just really excited to have new Boards of Canada tracks that no one else has heard, that's why he likes working with us. But we trust him. We know he wouldn't do anything else with it. He also knows we'd break both his legs if he did."

Although the brothers did not personally meet Leonardo Dicaprio, they expressed some contempt for his role in the project: "He utters one word. God knows what he got paid. We wanted to record 'Leonardo Dicaprio is a wanker' and put it in the advert music backwards." (Jockey Slut, 2000)