We Are The Music Makers

We Are The Music Makers is a website concerning (mostly IDM - a term originally referring to music on Warp Records, coined on the IDM mailing list) electronic music, with emphasis on the coverage of Aphex Twin, Autechre, Boards of Canada, µ-Ziq and Squarepusher. It is administrated by James E. Thomas, aka Joyrex. 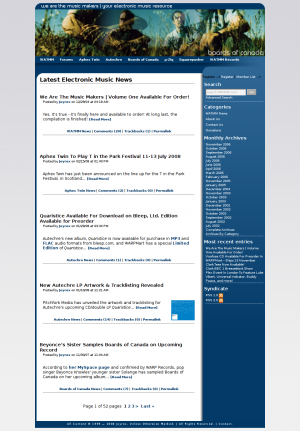 The site comprises a main page, with news concerning these artists, as well as sections which filter the news items to those comprising information regarding specific artists. The subsites are under heavy development, but will eventually comprise complete media repositories for these artists, comprising of interviews, live bootlegs, images, and other items. 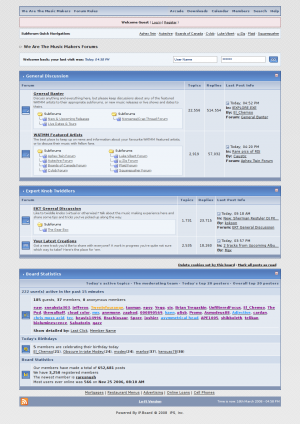 The other main feature of WATMM is the lively forums, found at forum.watmm.com. The forum is divided into three sections: General Banter (everything from cheese to scatology to music), Featured Artists (for discussion regarding the artists mentioned above) and EKT (Expert Knob Twiddlers), a forum for aspiring artists to discuss techniques and share their creations.

The site was started in mid-1999 as a site about Aphex Twin, as well as a test project for Joyrex to learn HTML. He hosted it on his ISP's free webspace, launching at http://users.ev1.net/~joyrex on June 6, 1999. Almost a month later, on July 3, the site made the move to joyrex.com. The name1 of the site, also used as the pseudonym of its webmaster, was taken from a series of Aphex Twin releases. The site also gained its first user forums, which quickly became popular with both fans and artists alike.

Joyrex.com soon became the Aphex Twin resource, a position that was strengthened in late 2001 when the site was purchased by an online music portal, with Joyrex retaining full control over the content of the site and receiving a monthly stipend to support it. Less than a year later, however, the company folded, leaving the site in the lurch with the domain name1 set to expire.

Rather than let the site fold, Joyrex instead took the opportunity to expand. He envisioned a new site, not only about Aphex Twin, but other major artists as well. With this new focus came a new name1: "We Are The Music Makers", taken from the name1 of an Aphex Twin track. On April 28, 2002, the new site opened at watmm.com, with sections for Autechre, Aphex Twin, Boards of Canada and Squarepusher. [1] [2] [3]

In late 2002, WATMM ran the An Eagle In Your Mind video contest, a BoC fan video contest where the results were judged by the band themselves.

In 2004 (2005?), the scope of the site was further increased when µ-Ziq was added to the site, completing the current roster.

In the past, the artist sections were much richer than they are today, containing images, articles, interviews, recordings and videos. They were taken down in 2003? for a redesign. For a long period, there was nothing on the site at all aside from the forums. There are now artists sections once again, but they consist primarily of news items. 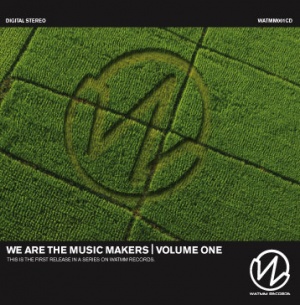 We Are The Music Makers Volume One