April 20th, 2013 marked the 6th annual Record Store Day, a global celebration of independent record stores for which record labels produce special limited edition releases and reissues and distribute them for release on this date. On this date, twitter user @imnopandabear found a mysterious Boards of Canada 12" vinyl in [Music, NYC]. This vinyl provided one of six messages forming part of a 36-digit key. Following this event, more messages have been broadcast over different media. Despite initial skepticism, the AtalantaFugiens YouTube account (known to be official) updated the annotation on its Julie And Candy live video to briefly show the key format at time 4:19, confirming the legitimacy of the record.

On the 22nd April, the AtalantaFugiens YouTube account again updated the annotations for the "Julie And Candy" live video to briefly flash for 0.1 seconds "ONE GOT FAT" at time 4:20 (video 1), in reference to the source video for an Everything You Do Is A Balloon fan video (fig 2). Also at this point the Boards of Canada YouTube account updated its top favourite video to "Everything You Do Is A Balloon" fan video. On that fan video, a comment from a YouTube account hellinterface links to the nuevas semillas private video (video 3) shown above with interesting graphics from little house on the prairie. That private video contains a link to the fourth video (video 4) shown above in which the new message is played (with digits 717228) and the message position is flashed on screen.

The fifth clue was distributed on the early morning (GMT+2) of 26 April, on the Twoism messageboard. To officially confirm this, the Boards of Canada YouTube updated it's top favourite videos to three Twoism_(song) fan-videos. [3].

The clue was found on Twoism when DaveJ from Twoism discovered one of the rotating banners of the forum had changed, as shown: [4]

The first part of the strings links to two Soundcloud uploads called ∑, Greek uppercase Sigma, which means SUM in maths, with album art showing a signal mixer which sums two inputs. By summing the two Soundcloud files he retrieved the clue: 628315 <flashmp3>628315.mp3</flashmp3>

The second part of the strings is a second embedded gif containing the message position of the clip, as explained by rdy2bz from the Twoism messageboard [5]

By analysing the ID tags of the WAVE files from Soundcloud, we find the following interesting information:

The header for the index.php page at [38] has an unusual header, containing the base-64 code

This states the code 813386. Combining all the codes together, without slashes, is the correct password for the terminal on the site. This leads us to a video which reveals the albums title, Tomorrow's Harvest, and a release date of June 10. [39] 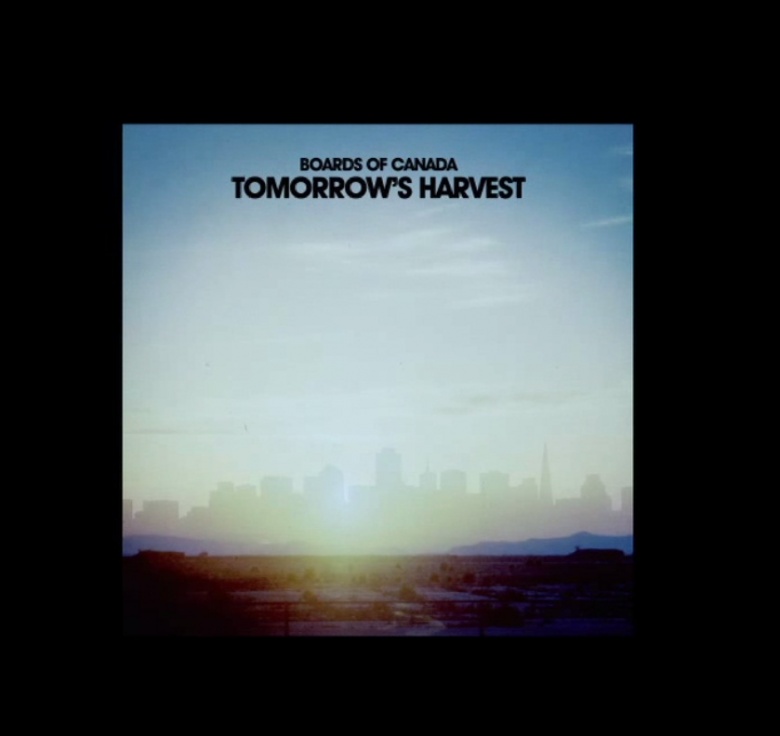